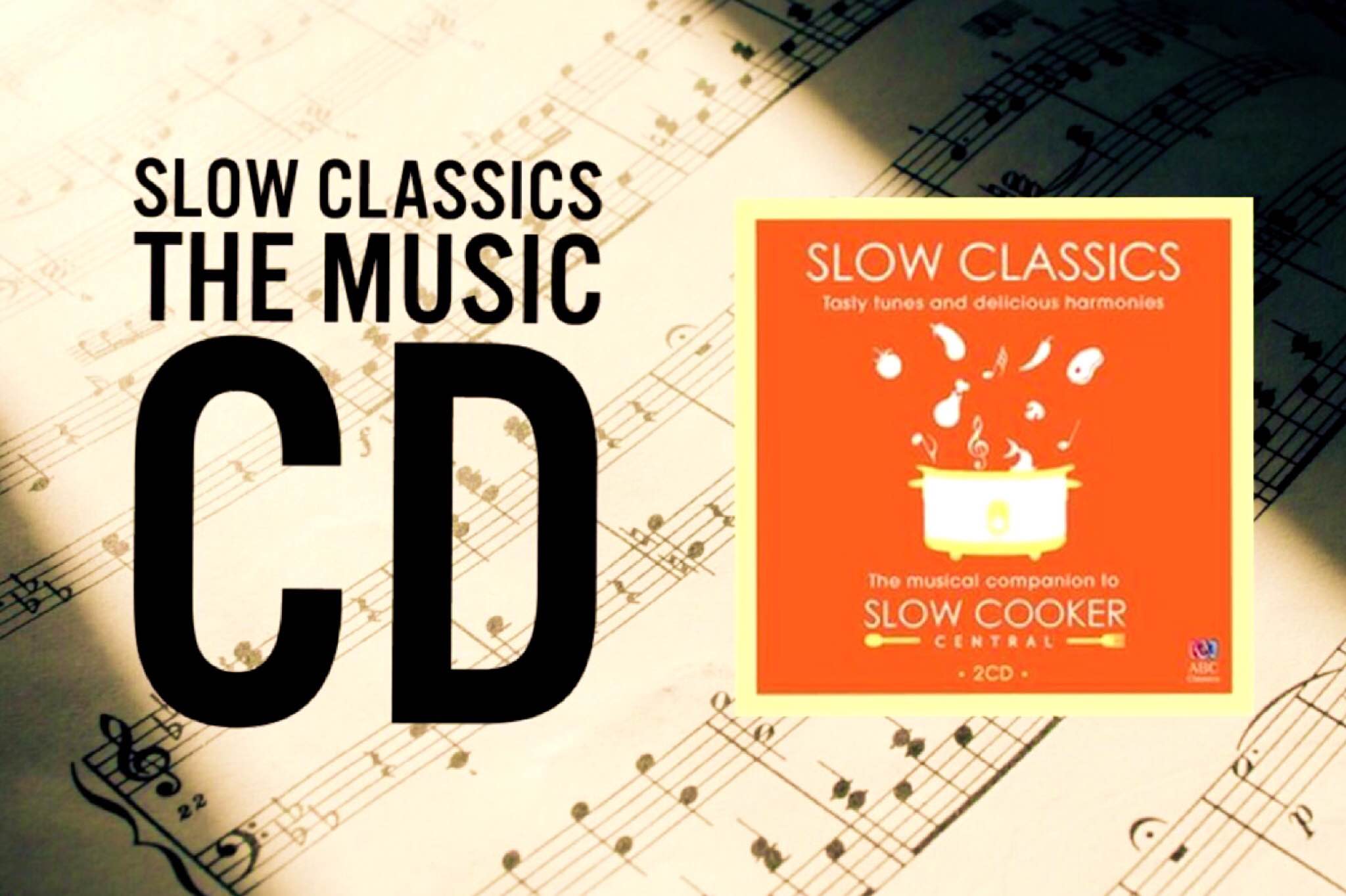 So we have some news that I’m so excited to finally share with you all today!

The amazing musical team at ABC Classics have developed a 2 CD musical CD to release as a companion to our book … yes that’s right – A CD!

“Slow Classics is the official musical companion to Slow Cooker Central. The album blends the tempting flavours and aromas of slow cooking with the delicious pleasures of classical music: a musical banquet of luscious orchestral delights.
From the tender sweetness of Debussy and Ravel to the full-bodied richness of Tchaikovsky and Rachmaninoff, Slow Classics offers over two hours of delectable music to complement the inspirational recipes of Slow Cooker Central.”

After release you will be able to buy it at ABC Shops and Centres, ABC Shop online, Sanity, JB HiFi and all good music stores. It’s only available for pre-order via ABC at the moment.

You can read all about it, including a full track list, and even pre-order your copy if you wish to right here >> https://shop.abc.net.au/products/slow-cooker-central-2cd