How do I thicken my slow cooker dish? 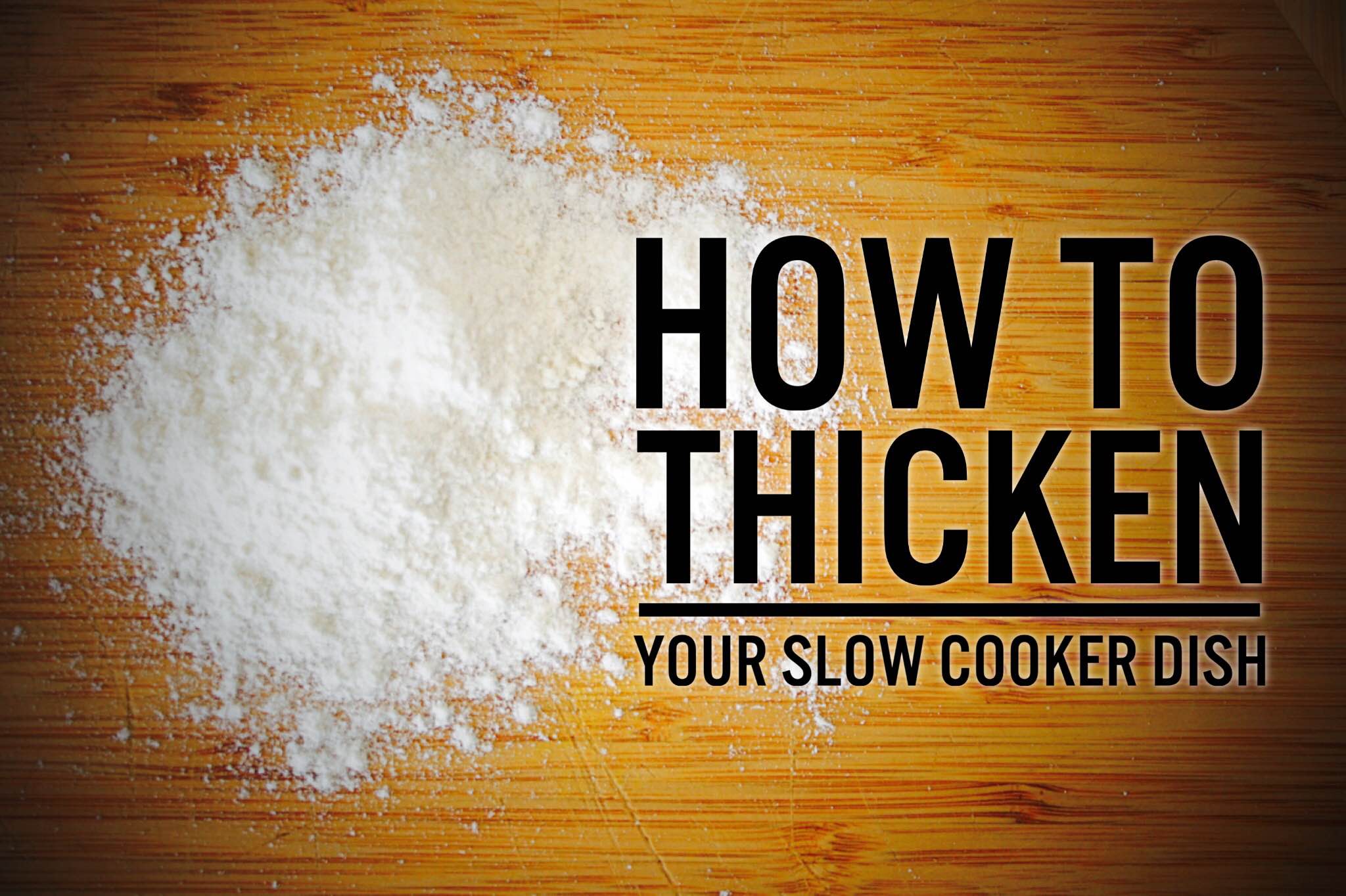 Slow cooking can produce dishes with more liquid due to the condensation formed on the lid and the fact the lid stays closed so that it doesn’t reduce like some stove top/oven methods would do.

Here’s a collection of tips and trick you can use to ensure a thickened consistency to your final dish….

#1     Cornflour: Mix 1-2 tablespoons of cornflour with 1-2 tablespoons of cool tap water. Mix until you have combined the two well so that it is a liquid without lumps. Pour this mix straight into your slow cooker dish approx 20-30min’s before serving. Stir it briefly into the dish as much as you are able to around whatever is in the pot. Then leave the dish to continue cooking, preferably on high but low if you need to. This added cornflour will thicken the liquids in the recipe. This step can be repeated if you need to but beware not to add too much flour to your recipe! Once or twice is usually all that’s needed. Some people like to instead ladle the liquid out of the slow cooker and add the cornflour to it over a stove while cooking. Totally up to you.
(Some like to use rice flour or arrowroot instead for this)

#2     Grated potato: Grate 1-2 raw potatoes. Approximately 30-45minutes prior to serving add the grated raw potato to your slow cooker dish. Stir as much as you are able to. This will very quickly thicken the dish and the remaining cooking time will allow the potato to cook through. *note* This will only suit some recipes eg those with vegetable or potato already in them or that which would be complimented by the addition of potato. You can also substitute grated raw potato for instant potato flakes.

#3     Gravy granules/powder:  Add gravy granules to your recipe at the same time and in the same way as you can add the cornflour as in step 1.  Again the suitability of this option will depend on the recipe and if the addition of gravy will suit it.

#4     Lift the lid: Another option is to remove the lid of the slow cooker or at least place it ajar for the last half hour of cooking to enable the sauce to thicken. This is not ideal as the very nature of the slow cooker is to have the sealed environment for the cooking temperatures to be maintained but it is an option.

#5     Use less liquid to begin with: Slow cookers by nature drip condensation from the lid down into the meal during cooking. Despite people thinking meat has to be covered in liquid to slow cook it does in fact need very little liquid. If you find a dish is regularly ending up with far too much liquid reduce the liquid in the initial recipe next time you cook it.

#6     While the tea towel trick (see here for more info) is traditionally used for slow cooking cakes and breads etc it is used by some members in other dishes to absorb some of the condensation from the dish.  Please read important safety info on the link regarding the tea towel.

#7    Tossing your meat in flour PRIOR to cooking can also thicken the end result of your recipe.

#8  Pulling/shredding your meat at the end of cooking time (for a dish that suits that) will also take up a lot of the excess liquids in the pot.