Browning meats prior to slow cooking – to do or not to do?? 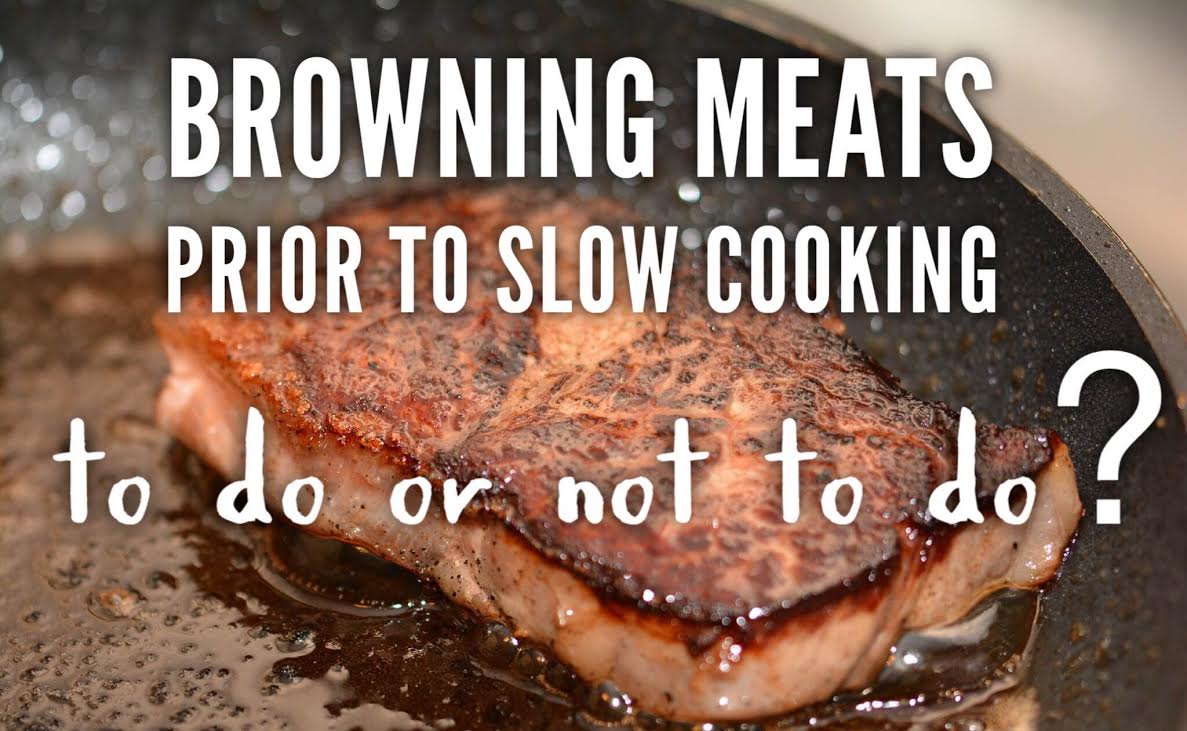 Help – I accidentally cooked the absorbent pad from under my meat!?
Slow Cooker Central – Book 3